Leisure and retail scheme The Buttermarket Centre purchased for £54.7 million 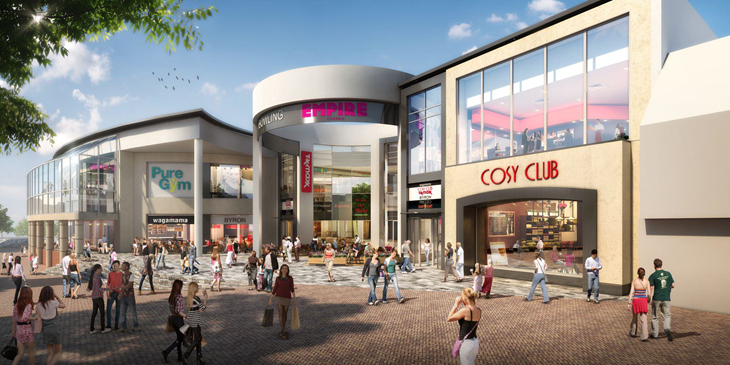 DTZ Investors has completed an off-market acquisition of The Buttermarket Centre in Ipswich for a price of £54.7 million, reflecting an initial yield of 5.9%. The Centre is held within a Jersey based company and was purchased from a Joint Venture between Capital & Regional plc and Drum Property Group.

The Buttermarket Centre now forms the only town centre leisure scheme in Ipswich. DTZ Investors identified Ipswich as a town that suffers from a shortage of restaurant and leisure provisions, despite having a large surrounding catchment area with a lack of direct competition from other major retail centres. As such, an off-market deal was agreed with Capital & Regional to purchase the Centre once practical completion had been reached.

“The strong mix of leisure and retail uses particularly attracted us to this scheme. The cinema and bowl offer is likely to generate significant footfall which should in turn support the retail and restaurant offer within the scheme. The co-location of the leisure offering will also help underpin an evening economy for the Centre and the town itself”.